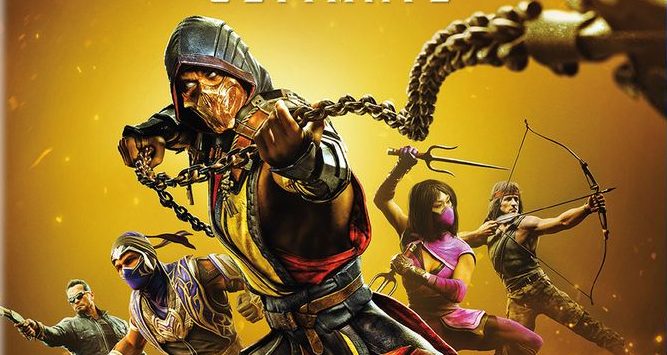 Mortal Kombat 11 is nothing short of a masterpiece within the fighting game world and with the introductions of legends such as THE Rambo, this ultimate pack is a must buy. Excluding the original 1992 game which, I must say, still holds up with tons of retro gaming goodness, this was my first experience with the mortal Kombat franchise and what an introduction it made! Briefly recapping the story, the game takes place directly after the events of MK 10 where Shinnok has been defeated and Raiden is running around with an elder god amulet being all dark and brooding. Everything is seemingly fine until, like all Mortal Kombat games, it all goes to chaos, this time thanks to a Titaness called Kronika, the Goddess of time and mother of Cetrion and Shinnok. She decides that Raiden has ruined the timeline and basically breaks time bringing characters from all across the Mortal Kombat together to duke it out.

Excluding the graphics, which look absolutely incredible bringing so much satisfaction as you rip a characters head off or chop them in half, there are many new features within this ultimate edition, not seen within the original release. These include:

Unfortunately, other than the Kombat pack 2 DLC, all of these features have been out for quite a while so if you are a massive fan of the Mortal Kombat franchise, there is a strong chance that you may have the majority of the new additions, however, if you don’t the ultimate edition is a steal. The most recent DLC (Kombat pack 2) came out alongside the ultimate edition and, personally, having played with all of the DLC characters, I feel it is the most enjoyable addition so far. Not only are Rain and Mileena both standout characters, with Mileena being specifically fun to play, but Rambo’s pure brutality and charisma shine through, making not only his combat legendary but his pre-fight conversations some of the best within the entire roster, which is only further brought to life by the fact he is actually voiced by Sylvester Stallone sending shivers down my spine every time he says the names of any of the OG MK characters, getting even better when juxtaposed with the Terminator voice actor’s ‘ok’ Arnie impression.

Overall, this game is a must-buy for all fighting game lovers with its massive roster only getting better with its new additions. I would have liked to see more new features, unique to the Ultimate edition, making it more attractive to owners of all the previous DLCs, perhaps making Kronika a playable character, for example. Yet this doesn’t stop the game from being thoroughly enjoyable for new and old players, giving MK fans hours of enjoyment

It’s the perfect pick up and play game with bundles of playable characters and some incredibly fun special moves. Mortal Kombat 11 is a bit bloodfest – so not for the faint hearted. But if you know the games well you’re in for a real treat – Highly Recommended!!!