Fast forward to 2022 and the Jackass troupe are back with some new blood to torture and more chaotic acts of madness – but as funny or as awful (Dependent of on what side of the fence you fall with Jackass fandom) as they’ve ever been.

Over the last twenty-two years much has changed in the world, with YouTubing ridiculous acts of stupidity becoming a part of our daily life. The Jackass TV show was so ahead of its time, it provided short form content of people doing insane things, before much of the internet content we all love today. They genuinely revolutionised entertainment as we watch it in the modern era, way before YouTube was part of the mainstream the Jackass gang were pushing the human body to its absolute limit and laughing through the pain all for our entertainment.

For anyone who’s never seen Jackass before,  it’s basically a compilation of stupid stuff and total escapism. Everything about them is so disgusting in what they do and try to achieve. But it’s brilliant ‘shut your brain off’ fun with many a moment watching the depraved acts through your hands, in some form of solidarity with the poor soul suffering before you on screen.

The only shame with this movie is that the BBFC gave it a 18 certificate. Fifteen, Sixteen and Seventeen year old’s watch content like this all the time and most are mature enough to know not to copy what they see on screen. It feels a little like they’re protecting themselves and the certification system rather than young adults (under Eighteen) who fully know all they need to know by now about adult genitalia and its various functions. After the two years youngsters have had to endure, they really could have done with a cinema experience like Jackass Forever in their lives.

If you hate Jackass, your opinion won’t change after seeing Jackass Forever. But if you want to see grown men and women sh@tting themselves and hurting each other for kicks, you’re in for a real treat. This is a great group outing for a bundle of mates.

It’s 98 minutes of grown Men and Woman doing the most ridiculous things and sh@tting themselves on screen for our entertainment. If you hate stuff like this, you’re in for the worst hour and a half of your life. If like us, this is exactly the escapism you needed after the last two years – Jackasss Forever will be your favourite cinema experience of 2022!!! 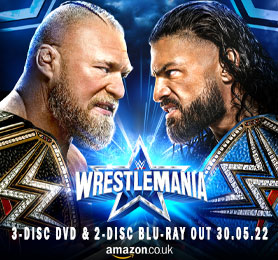