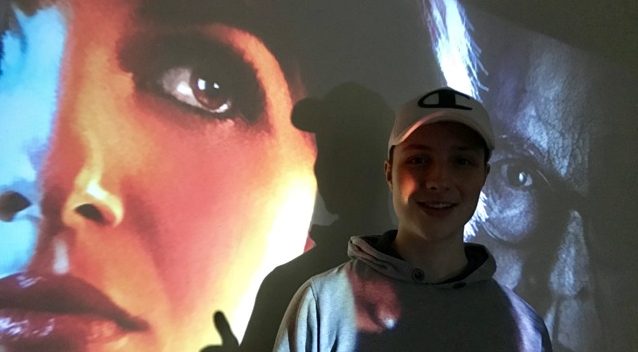 Where is the best place you’ve ever eaten a burger and what was in it?

Mike Beckingham – Well I’m a pescatarian so am I allowed to say a ‘Lobster Roll’?! Does that count as a burger? When I was out on the East Coast of America a friend of mine Tim Abell took me to the coast and we ate this freshly made (literally just out the sea) Lobster Roll with this incredible sauce. The Lobster roll with these gorgeous New England surroundings made it the best I think.

Ruby Turner – The best burger I’ve ever tasted was from Burger King. One night after seeing the Lion King in London, and making our way back to the train station we decided to grab a burger for the journey. It was the best I’ve ever tasted. That Double Whopper had just the right amount of everything!

Zachary Weckstein – The best burger I’ve ever had was at the Amsterdam Burger ‘n Shake. It was while we were filming the burger scene of the feature film THE HOST. The meat was so tender, the bread was amazing, and all the toppings were crispy fresh. They have over 10 organic flavours of milk shakes, too!

What is the scariest situation you’ve ever been in while being abroad and what happened?

Mike Beckingham – As you’re still a teenager Harrison I’ll keep it PG13. There was a time I was in Spain with some friends, and we thought it a good idea to buy a couple of dingy’s to use in the sea. We went down to the sea on an out of the way path, got in our dingy’s and just relaxed under the hot sunshine. Little did we know but we had all fallen asleep and when we woke up we had drifted quite far out to sea. We had to jump out and paddle with our feet back to shore, which I think took over an hour with a sort of relay thing going on. Safe to say I stick close to the shore nowadays.

Ruby Turner – Many years ago doing a recording session in Switzerland for Culture Club, we had a day off from the Studio. So myself and the other session singer, Helen Terry, decided to take a train up to the mountains. It was terrifying! The sheer drop from the outside of the train was horrendous to see. We couldn’t wait to return to the ground level.

Zachary Weckstein – When I was snowboarding in Austria and went off-piste, and found myself getting close to a waterfall. There was all this barbed wire fencing and I had to try and climb up the mountain in heavy powder. Lying on my stomach , I used my board to pull myself up the mountain. I hit the top of a cave, the snow poured in, and I fell into the cave. I prayed, and eventually after an hour of trying to get out, I found the right position to get out. I’ve been more careful since.

What is the worst Hotel experience you’ve ever had and why was it so bad?

Mike Beckingham – I won’t mention any business name but I did once stay in a place that seemed very lovely from the outset. Gorgeous building, really lovely room. However during the night, I couldn’t sleep and kept feeling like a pin prick at different parts of my back. After just a couple of hours sleep it was morning and when I woke up my entire back was covered in bed bug bites, it was scary and painful at the same time. Due to be being in America I wasn’t sure which medication to take. I then had a reaction to a medication and an awful night the following night as well. Not fun times!

You perform in an underground Triad club in ‘The Host’ – where was the toughest place you’ve ever performed and why was it so tough?

Ruby Turner – I have played in some amazing venues over the years, but this particular venue was different. A small tent in Ireland. There was no room for anyone to move. Getting on stage meant climbing over all sorts to get to the microphone. Then it was having to lean on the piano to sing so half the audience couldn’t see you. We have great sound engineers so the people got to hear us even though they couldn’t see who was singing.

If you found yourself in either Robert or Steve’s position would you do what they had to do?

Zachary Weckstein – If I was Steve, and was having an argument with my brother, I wouldn’t end the argument with him walking away. I’m one who has to conclude disagreements and sort things out at the time, not later. That being said, I would still have searched for him, and followed the cookie crumbs to wherever they lead to find him.

Like Robert, we have sometimes made the wrong choices and have gone down that wrong road. I believe and have been taught to learn from any mistakes, and think before doing. First mistake of Robert’s was the affair with his bosses wife. Instead of then choosing the road of stealing money to remedy my problems, I would get off the slippery slope and on to the path of hard work with better days ahead instead of looking for the impulsive quick fix.

The Host takes some inspiration from classic Horror’s – what’s your favourite horror movie of all time and why do you like it? Mike you’re allowed to say ‘Shaun of the Dead’ if you want to keep your brother (Simon Pegg) happy!!!

Mike Beckingham – Lol! Harrison I have been reliably informed you’ve seen SOTD, and whoever showed you, they have great taste and I really hope you enjoyed it. Of course SOTD is my favourite horror but if I wasn’t allowed to choose that then my favourite horror has to be ‘The Exorcist’, nothing comes close to it for me. Released in 1973 they had priests walking up and down cinema queues blessing people, the film had that big an impact and still does in my opinion. It’s the ultimate Good Vs Evil and some incredible performances to boot. I would strongly recommend you give it a watch if the time is right and you’re parents will allow it, and when you do let me know what you think.

Ruby Turner – I think Psycho has to be the most terrifying film I’ve ever seen. I was very young when it first came out into the cinemas. I can say it’s still the most scary film that first comes to mind every time.

Zachary Weckstein – My favourite horror film would have to be Guillermo del Toro’s ‘Mama’. If I choose for a darker film, I normally choose a psychological thriller for the richness of the story. This horror is a true exception with an amazing impactful story, with so many twists, really dramatic, amazing colouring and very well produced subtle special effects. This ghost story offers cinematography and sound that the audience will never forget.

What scares you most in real life?

Mike Beckingham – Might sound silly to most but probably letting people down. I set myself high standards and much like in The Host sometimes even a good person can make a bad decision and when this happens it’s tough to take, I’m hard on myself. I try to be very aware of how I impact others. So probably that… oh and Spiders.

Ruby Turner – I don’t like Creepy Crawleys Spiders, toads and such!

Zachary Weckstein – As a child, I was afraid of so many things, and it was wonderful and so empowering to get over each fear one-by-one. Now I don’t have fears and can share those past nightmares in stories and films.