Have you ever wondered how a postman could save the world by delivering parcels from place A to B, amidst constant attacks from invisible, blind ghosts and a cult of mask-wearing bandits? I’m almost certainly sure that exact question had never crossed your mind until now, yet if it had then you are in luck as that is exactly the premise of Hideo Kojima’s, visual spectacle, Death Stranding.

Being first released in November of 2019, Death Stranding proved to be the marmite of that year’s games as many gamers rushed to praise the creation and many others not being able to contain their disappointment at the first game produced from Kojima productions after their split from Konami. With the brand new Directors Cut where are the ‘supposed issues’ are fixed? And is there enough to warrant the upgrade for returning players?

Well, to answer the first question, yes… and no. The Directors Cut provides players with brand new weapons, abilities, and means of transport allowing players to diversify their experience taking away some of the monotony of travelling, yet the introduction of new abilities only adds to the ease of taking down the BT bosses and the introduction these vehicles have no impact on the opening 10 hours which arguably needed the most restructuring out of any section of the game.

I really enjoyed the addition of the buddy bot, a small Robo-companion whom carries cargo for Sam on his travels. I also really noticed the smoothing out of the combat with stealth takedowns being introduced and the overall game mechanics just feeling cleaner, yet this felt once again like an issue that wasn’t in desperate need of fixing.

I would have loved to see a revamp of the inventory system, even if only slightly; being one of the least enjoyable aspects of the game.

The firing range also provided some fun gameplay, allowing players to test out weapons to their heart’s content while also competing against other players with another great integration to Death Stranding’s multiplayer system.

To answer the second question I would say the Directors Cut will certainly attract returning players to the new upgraded version. If you enjoyed and completed the first edition, the Directors Cut will be a near-perfect game for you; only bettering aspects and not definitely not worsening any of the gameplay.

New vehicles gift players more to have fun with, giving them close to a sandbox experience within the beautiful landscapes if they so wish. The new missions are also exciting and fresh being especially fun to tackle with the previously mentioned new abilities. The fact the upgrade is only £5 at the time of writing this review makes it ever more worthwhile – being a genuine bargain for returning players.

Overall the Directors Cut introduces improvements, yet I feel it could have maybe focused on other aspects which were more widely criticized by some of the early gaming audience. All of that said, the new edition is clearly far superior to its predecessor.

This game is likely to be Marmite within the gaming community – but there’s no denying the brilliance of its unique gameplay/Story/Soundtrack and the PlayStation 5 graphics are absolutely stunning. If you love this game, you’ll really love it!!! 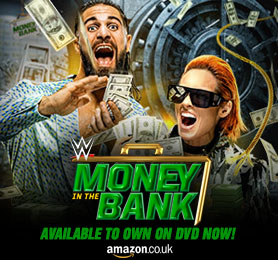