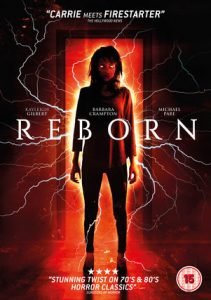 Julian Richards – Michael Mahin wrote the script and I assume that the first scene written would be the first scene in the film, when Ken Stern (Chaz Bono) is working in the hospital morgue during an electrical storm and discovers that a stillborn girl has been brought back to life by a lightning strike. However, I did add a few scenes when I wrote the directors pass and the first scene I wrote was the Carrie homage scene at the end, which is not only a dream within a film, but also a film within a film. I made this change to the script in order to focus the point of view of the story onto the mother rather than the daughter. In the original script equal time was spent between these two characters, so it was difficult to indentify who the protagonist was and therefore whose story were were following. It could have been the daughter, but I chose the mother, as I think in a horror film its better to keep the so called “monster” in the shadows and keep it mysterious.

The first scene I filmed was the meeting between Lena O Neill (Barbara Crampton) and her therapist Dr Hecht (Monte Markham). It was a simple two hander, so a good opportunity for the cast and crew to break the ice and ease their way into the production. The first two days of a shoot are always the hardest, as cast and crew get to know each other, so it’s always a good idea to shoot something simple.

Generally, I like to shoot in script order so that changes can be made to the script during the shoot. Often, problems in the script only become apparent when you are shooting them, so ideally you need the opportunity to adjust and change on a day to day basis. If you shoot out of order, such as shooting the end scene first, you can lock yourself into the script and lose the ability to work organically. That said, shooting in script order is a luxury that you can rarely afford, because a production schedule is based on the availability of key actors, key locations and minimizing the amount of moves between one location and the next. So for Reborn we shot all the hospital, therapist and police station scenes in one location (LA Film School on Sunset Boulevard) in the first week of the schedule, all the Ken Stern house scenes (Crenshaw) in the second week of the schedule and all the Lena O Neill house scenes (Hollywood Hills) in the third week of the schedule, but still, where possible, we tried to shoot in script order.

Reborn really feels like a dark X-Men film. Would you want to direct an X-men movie and are there any other Comic Book characters you’d like to direct on film?

Julian Richards – My inspiration for REBORN came from classic horror films of the 30’s such as Frankenstein, and 70’s/80’s paranormal horror films such as Carrie, Scanners, The Fury and Firestarter. I did read a few marvel comics as a kid,  but they didn’t have the same impact on me as classic monster movies like King Kong, etc. If I was to adapt a comic book character to film it would probably be 2000AD’s SLAINE, the mythical celtic warrior and his war against the Romans. I grew up in South Wales near a Roman Barracks called Caerleon which has its own amphitheatre rumoured to have been built over Camelot where the Knights of The Round Table resided. So, being of Celtic ancestry, SLAINE would be a good fit. But I also have a prison set horror script called THE MONKEY FARM which is loosely inspired by Arkham Asylum.

Barbara Crampton is Horror movie legend. Did you have a fan-boy moment during the making of Reborn and what is your favourite story or moment with Barbara while filming?

Julian Richards – When I first met Barbara Crampton I didn’t realise how significant her career had been in horror. It was only when I looked her up on IMDB that I realised which of her films I had previously seen. I got to know Barbara because I was involved in the distribution of two of her more recent films BEYOND THE GATES and REPLACE, and I had also seen her on the festival circuit promoting those films. So, I was very much a late-comer to the Barbara Crampton fan club. When I read the screenplay for REBORN, she was the first actress to come to mind and I was really pleased that she agreed to be in the film. Actually, we had already started shooting REBORN with a different actress playing the mother and after 5 days of shooting I realised it was not working out, so over the weekend I sent the script to Barbara and asked her if she would like to take over the part, and start shooting on Monday. Barbara read the script and agreed to be in REBORN, but she only had a couple of days to prepare before we resumed shooting. So my favourite moment with Barbara was our first day of shooting, because she was like the cavalry coming to the rescue. She must have been under enormous pressure (as I was), but she didn’t let it show, she just breezed in and played the part as if she had had weeks to prepare. But I did have a huge fan-boy moment whilst shooting REBORN and that was the hour I spent shooting the scene with Peter Bogdanovich. I’m a big fan of American films of the 70’s, films like The Last Picture Show, so to be able to say that I have directed Peter Bogdanovich means a lot to me. 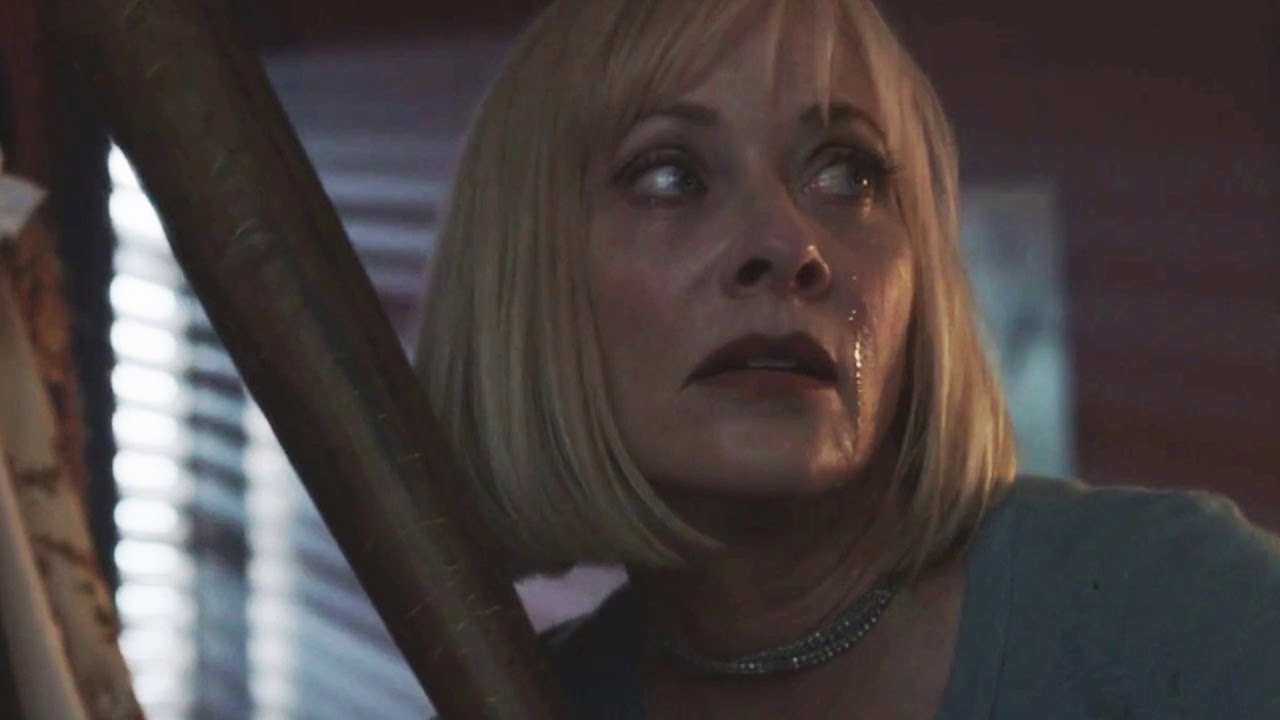 Kayleigh Gilbert really looks like she could be Barbara’s teenage daughter in the movie. What scene during filming did you know you had definitely cast the right person for the role or Lena’s daughter?

Julian Richards – Casting director Valerie McCaffrey assembled 10 contenders for the part of Tess Stern and after an audition I whittled them down to two very talented actresses. Initially I thought that Kayleigh might be too tall and too extraordinary looking, so was leaning towards the other actress who was more of a girl next door type, but I was still torn about the decision and so asked the opinion of several collaborators and they all voted for Kayleigh. It turned out to be the right decision for many different reasons. Kayleigh is a very focused and saensitive actress and she brought a great deal of empathy to the part. She also has a very striking appearance and in the film, she often reminds me of a young Elsa Lanchester (Bride Of Frankenstein) or female version of Edward Scissorhands. Despite the fact that Kayleigh is taller than Barbara, and she is dark whilst Barbara is blond, the common ingredient that sells them being mother and daughter is their eyes which are windows to the soul.

I realised I had made the right casting decision whilst shooting the scene in Lena’s acting class where Lena and Tess perform a scene together. Writer Michael Mahin had constructed a very strong, emotionally charged scene and both actresses rose to the challenge 100%. It’s one of the strongest scenes in the film because it is so full of emotional sub-text.

Tess has electricity for powers in Reborn – if you could have any element as a power what would it be and how would you use the powers?

Julian Richards – Probably to be invisible, which is a subtle power that wouldn’t attract too much adverse attention, but could be used to my advantage in so many ways. The possibilities are endless.