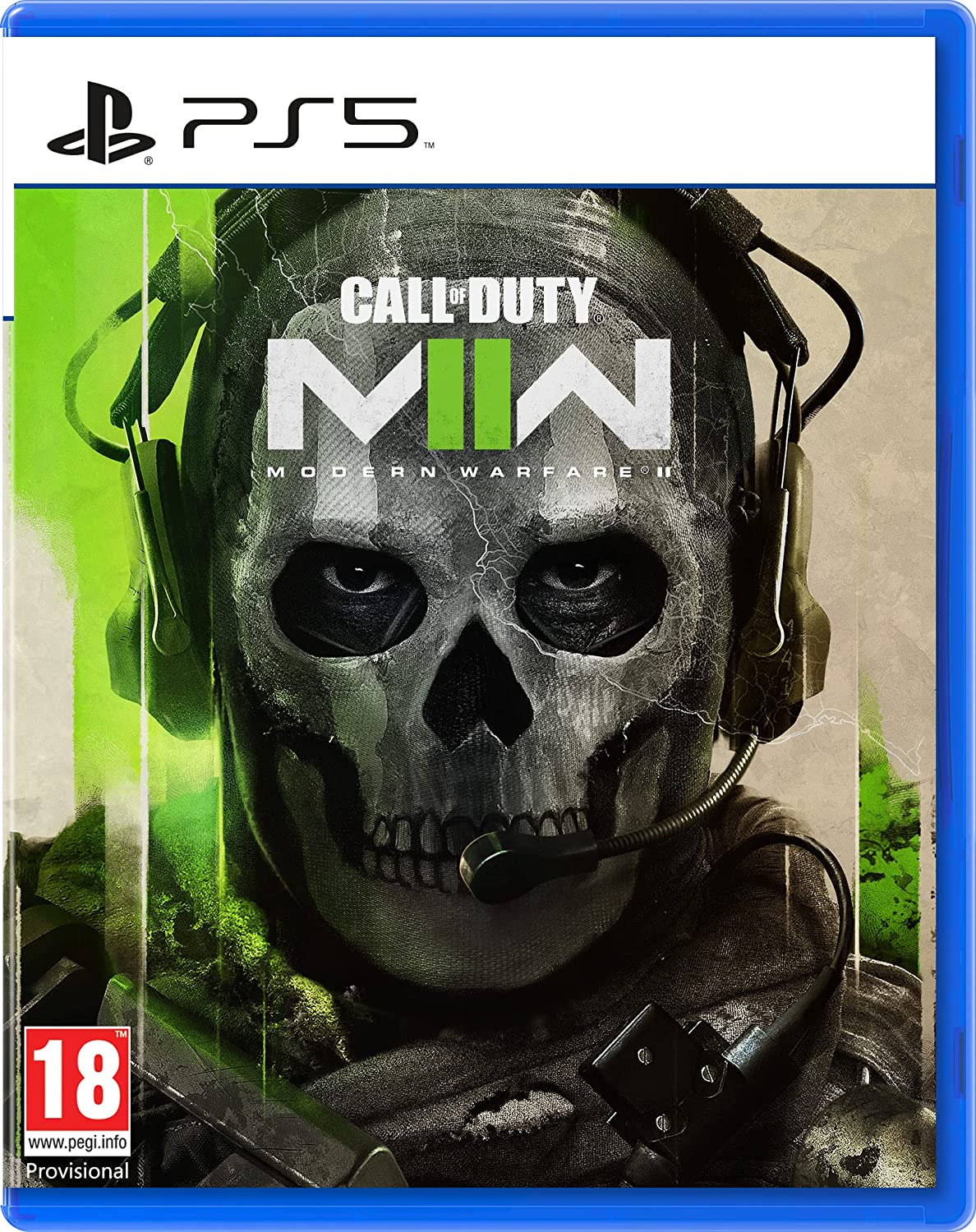 The sequel to many people’s favourite Call of Duty games is finally here and it’s amazing. But not only this, warzone has been entirely revamped for the launch as well, making it possibly one of the most content-filled games on the market right now.

But before I get into all the new multiplayer mechanics, I’m first going to talk about how amazing the story mode is. So, I was wildly blown away by the story mode. It basically follows the story of a conflict between a Mexican Cartel (and the Mexican army) and the US. Although it has missions that you won’t see in any other game. For example, one mission puts you in an interrogation room where either you play your cards right or you die. Now of course there are many cool missions where you simply sweep houses and defeat enemies so any fans of that won’t be disappointed but people looking for a new challenge will have a great time with this story mode.

The multiplayer is pretty damn good as well.  More customisation with guns and a whole variety of new ways to unlock and level them up. The movement and overall feel of the game is absolutely amazing. I enjoy the gunplay more than any of the recent games and believe its surpasses even MW (2019). Although where it falls short is the maps and time to kill. Most gunfights end before anyone gets a chance to even think and the maps are subpar. Now don’t be deterred, it’s still fun to play although keep in mind a lot of the time you’re going to be left thinking skill wasn’t the reason why you lost the match.

DMZ is completely new for MW2 and a rather fun addition. You load into a game with a few other teams and tons of AI and basically try to get quests done and mess around. It’s good for testing out new guns, warming up or playing casually, but in general it gets boring particularly quickly and isn’t something you’ll get a high adrenaline rush out of. I certainly think it’s a positive even if I also don’t think this will be a go to for most people.

Now finally, Warzone 2.0 is basically perfect. You can now talk to enemies whilst playing to cooperate or trash. The island and new features like dolphin diving or buying custom weapons from buy stations work very well. And the entire game mode appears to have been positively revamped with the release of the new game. The gulag has also had a few positive change, with a new map, a new way to win by killing the prisoner and weapons increasing in rarity as the match goes on. However, my one main issue with it is that I feel as though the two man gulag sort of defeats the premise and is a bad change. Other than that, Warzone 2 is insanely good and anyone who’s a fan of the last will live this.

Finally with a new game comes a new battle pass, and the new battle pass system is great. You can go through the map choosing what items you will get meaning it feels more custom to you, and you have to wait less to get a weapon you really want (with the exception of the tier 100 blueprint and operator).

So overall it’s a really good instalment and a great triumph to the gaming franchise!!!

Incredible graphics, the gameplay is so much fun, a brilliant story mode and there’s always bundles of cool updates throughout the year with these games. A must own for gamers!!! Nowadays online multiplayer games all come with cosmetic items to add to the play, yet none do it better then Activision, with Warzone releasing some of the best skins in the industry. The playable skins are not always ‘Activision own brands’, as they regularly partner up with other companies to bring iconic characters to the gameplay.

The Godzilla vs Kong bundles for Call of Duty are very good. Every Warzone bundle comes with a skin as well as blueprints for the various weapons available. Past skins range from brands such as Rambo and Donnie Darko, to the Saw franchises antagonist Jigsaw. All of which are great fun to use within the Call of Duty game.

The bundles themselves don’t grant any actual advantages to the play, but they do allow players to use weapons that may not have been unlocked as yet.

Another added bonus with the blueprints are the tracers, which allow for your bullets to have different coloured trails during the combat.

Finally the bundles all come with finishers which allow for an instant kill and also give the added satisfaction of humiliating and frustrating opponents. This addition to the bundle is great as it allows you to drop a plane wing on someone or throw them around for fun.

In terms of positives, these bundles are rather affordable with each costing around seventeen pounds. They all look really cool and of course the guns are fun to use during play.

As for negatives, realistically other then the fact they don’t grant major advantages, they are the perfect cosmetic bundles and if your a fan of any of the movies you will naturally want to own them.

Godzilla and Kong are tow of the most iconic movie characters of all time and these new bundles are a great bonus to the Call of Duty game. Highly Recommended!!! 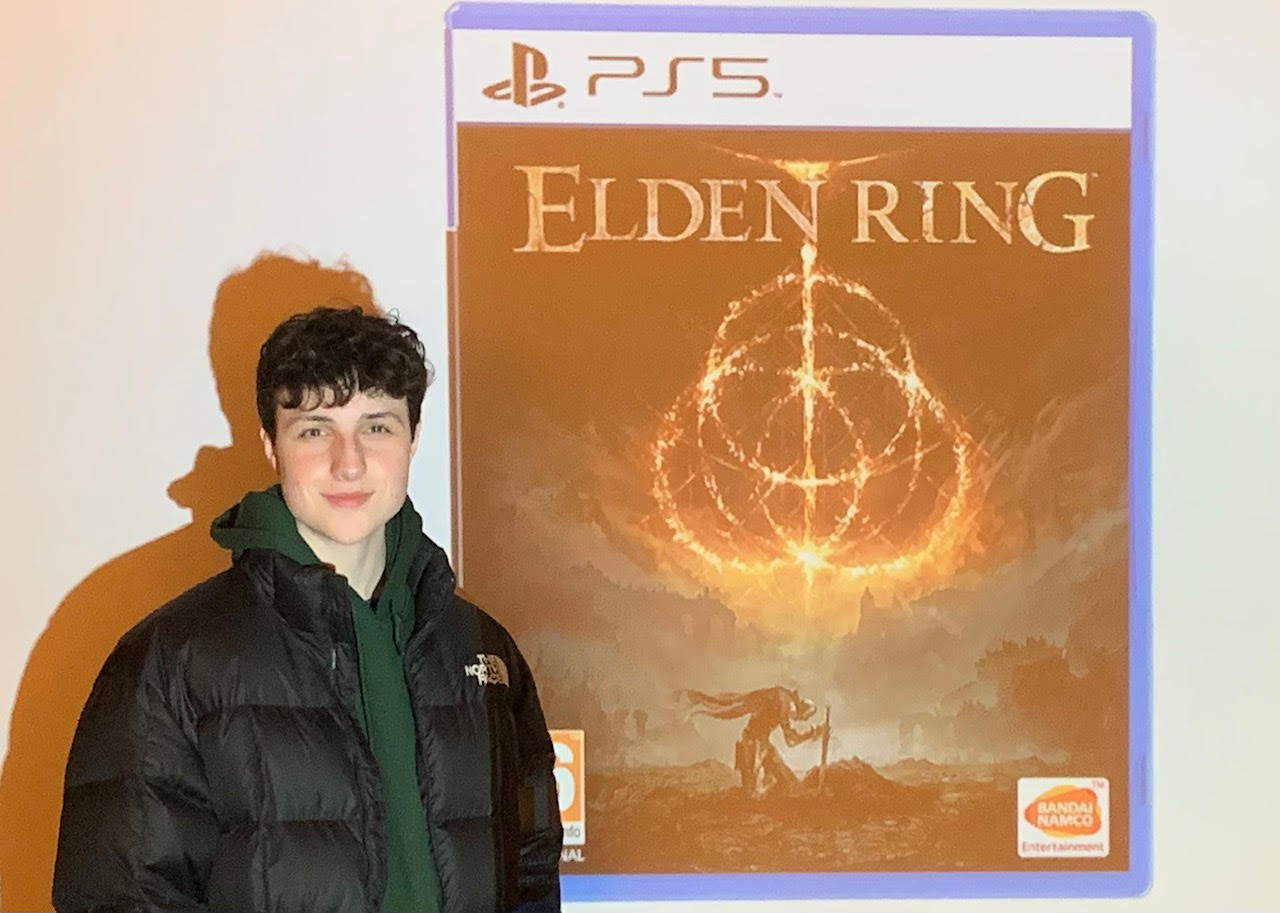 The most ironically difficult franchise has had another installation with Elden Ring. This is an open world game which allows you traverse the lands searching for the shards of the Elden Ring in order to restore it and become the Elden Lord.

The class system in this game allows you to choose from a variety of different classes including but not limited to Samurai, Bandit and Warrior. There are ten different classes which all have a unique set of skills which adds variety to there attacking, defending, agility and of course weapons. The weapons are varied between classes with some being able to use bows and others being able to use daggers, being advantageous in different scenarios. Also along with this, there is also vast character customisation. You can make the characters similar to your likeness or switch it up with other wacky combinations.

The gameplay is very perfectly rounded. It leaves beating the game entirely up to you and doesn’t set any strict instructions for you to do so. As is very well known amongst the gaming community this game is very difficult, although it being a dark souls game that isn’t surprising. The combat consists of mostly rolling, blocking and attacking however there Is the magic abilities that you can use depending on the weapon. For some it is rather simple, the shield for example will allow you to repel attacks as long as your ok with expending a small amount of your Focus points. However other weapons such as the Reduvia which you can obtain very early on in the game, fires blood at enemies at mid to long range. These attacks are different between each weapon. Also your steed , torrent is very useful. He runs fast jumps multiple times and doesn’t affect your stamina gauge allowing you to use it without any drawback.

This game does what it wants to do and it does it very well. I absolutely love the fighting style as it really provides a challenge and the weapons system is incredibly fun. The bosses that you may come up against in the game are deadly and provide a real challenge which is refreshing as most games don’t want to gamble with making a game this difficult yet in dark souls games it clearly pays off. My absolute favourite aspect of this game is the inclusion of multiplayer. Now we all are aware of normal online co-op, of which I should add this game does do, and does it well. However a really good fun and interesting feature is the inclusion of messages and blood stains. When you join a game of Elden Ring you are added to a server of many other people of which for the most part you never see each other. However if you die the other people in this server can look at the blood stain near where you died and see exactly how you died. This game also allows you to leave tips or notes on the ground which other players can read and appraise or invalidate it . The reason why I claimed you don’t see each other for the most part is due to the fact that in random occurrences you can see other people fighting there own battles or just simply walking around. Now this happens for short period of times so it has no overall impact on gameplay but it’s quite nice to interact with someone whose stuck on the same section as you.

This game is nigh perfect, although I personally believe it could be more accessible with easier payable mode settings. I love challenging games but the greater public aren’t as skilled at video games as those who can beat a Souls game, and by that reasoning I personally believe a mark of 4.5 stars is appropriate. I love this game and will definitely be playing it regularly, so if you are a skilled gamer you need to check it out as it is going to be a must play for 2022 and beyond.

It’s another must own game for 2022. Stunning Next Generation graphics, fun combat mode and a vast amount of customise options. Absolutely love how you can communicate with other players around the world, leave messages/tips and see where they died and where they’re playing in the game live. Highly Recommended!!!

If you love football and playing video games – this is a must own for the next twelve months. Highly Recommended!!! 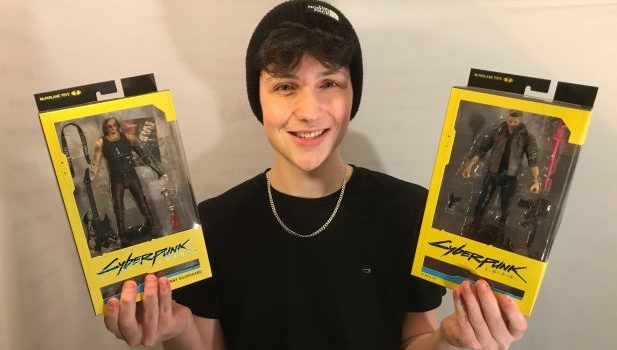 This game is a PEGI 18 so these are perfect for gaming fans that want to enjoy the Cyberpunk franchise but can’t play the game yet. But if you are over 18 and loving the game – these are a must own!!!!